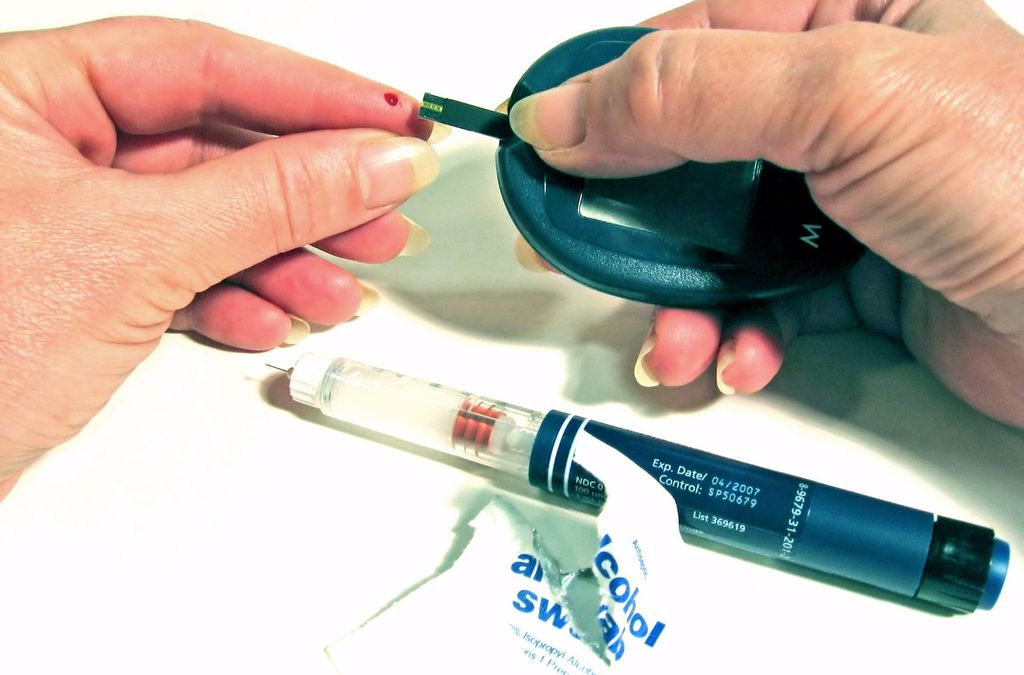 Diabetes is becoming an epidemic in developed nations due primarily to unhealthy diet and lifestyle. In this article, I'll explain the basics about what exactly diabetes is, and how you can avoid and even reverse it.

Put simply, diabetes means there is too much blood sugar in the body.

It's important to understand that diabetes is a symptom. Knowing someone is diabetic doesn't tell you anything about the underlying disease that is causing high blood sugar. For this reason, there are different types of diabetes. The two primary types are type 1 and type 2.

Type 1 diabetes is where the pancreas cannot not produce insulin. Without insulin, the cells would starve and die. So type 1 diabetics must inject themselves with insulin in order to survive.

Normally, the pancreas releases just the right amount of insulin as it's needed. But people who inject insulin at mealtimes are subject to large swings in blood-sugar levels. Blood-sugar levels can rise prior to the injection, and they call fall too much if more insulin is injected than was needed. Type 1 diabetics should maintain a healthy lifestyle to help even out blood-sugar levels. But there is no lifestyle change that can reverse the condition.

While cases of type I diabetes are on the rise, possibly due to environmental factors, it is type 2 diabetes that is far more common and is becoming an epidemic in the developed nations.

In type 2 diabetics, the pancreas produces insulin but the cells do not respond to it. Indeed, many type 2 diabetics produce excess insulin in an effort to compensate for the fact that it isn't working. However, an overworked pancreas can burn out, causing the its ability to produce insulin to decline over time if the condition is left unmanaged.

Type 2 diabetes is generally caused by poor diet, a sedentary lifestyle and obesity. A diet high in sugar, that routinely floods the body with blood sugar and insulin, along with almost no exercise, where the cells do not need to take in more blood sugar, can cause those cells to start ignoring insulin.

Type 2 diabetes has been referred to as adult-onset diabetes; however, as it becomes more and more common, and more children struggle with obesity, this disease is no longer limited to adults.

It's also important to understand that it's not as simple as saying one person is diabetic and another is not. There is a whole spectrum of where a person's blood-sugar level can be. The American Diabetic Association has defined thresholds that determines an actual diagnosis of diabetes. But if you're just barely below that range, then your body isn't responding to insulin like it should.

The term prediabetes is used to describe people with elevated blood sugar that is not high enough to be considered diabetes. If you are prediabetic, your health can suffer. And if you don't take steps to correct the problem, you could become a full-blown diabetic in time.

Your risk for developing type 2 diabetes is higher if you:

Some of these risk factors are beyond your control. For example, you can't control your age or ethnicity. But you can control your weight and how often you are physically active.

If you are at risk or have diabetes, diet is probably the first thing you want to look at. You should cut way back on sugar. This may be difficult because poor blood sugar management makes people crave sugar. But this is a good argument for not eating any sugar at all! No matter how difficult that is, once you get used to it the cravings will disappear. If you only eat sugar sometimes, those cravings may keep coming back. You should also look at cutting back or eliminating starchy foods such as rice, potatoes, pasta, etc. These foods are not sweet, but their concentrated carbohydrates are quickly broken down into simple sugars by the body.

Our bodies are very adaptable. Adjusting your diet so it produces less blood sugar means your body won't need to produce as much insulin. Because the cells are no longer being bombarded with excess insulin, they can adapt by becoming more responsive to it.

You should also look at doing some exercise if you don't already. If this is difficult for you, your goal should just be to walk on a regular basis. Working up to hiking, cycling, other aerobic exercises or even weight lifting would provide great benefit. Doing these activities means the cells in your body are more active and need more sugar for energy. But if your diet doesn't produce a lot of blood sugar, those cells will need to adapt to become more responsive to insulin in order to fulfill their new energy requirements.

Hormones also play an important role in diabetes. Obviously, there is only so much you can do to change your hormones, but reducing stress (if possible) may provide real benefits. Stress hormones signal the body of an impending emergency. And the body responds by hanging on to its energy stores. After all, historically, the biggest threat to our lives was probably starvation. One of the ways hormones cause the body to hold on to energy stores is by restricting the effectiveness of insulin! It's not uncommon for a diagnosis of diabetes to come after a long period of emotional stress. These hormones also facilitate more of that blood sugar getting stored as fat.

All of these suggestions should also help a person lose weight. Carrying excess weight, particularly in the belly puts you at higher risk for diabetes and can also signal that your metabolic health needs improvement.

If you already have diabetes, there is a good change you can reverse it. You would do that using the same techniques described above, although perhaps following them a little more strictly.

Unfortunately, a lot of doctors won't tell you this. It's not that the doctors are being dishonest. But their training is mostly about pharmaceuticals, insulin and other treatments. Often, they don't have much training beyond the basics when it comes to things like diet and nutrition and exercise. Some doctors will put more emphasis on lifestyle changes, but telling a patient to change their lifestyle is not always an effective treatment. Many (maybe most) patients simply aren't willing to do that. Many patients expect the doctor to fix their health and not to have to do it themselves. And this can be a recipe for disaster.

If you have diabetes, you should be consulting with a doctor to track the progress of your condition and check that it's okay to make changes to your exercise routines. But much beyond that, you'll get your health back only by making the necessary lifestyle changes.

Jonathan Wood is a software developer living out of Salt Lake City, UT. In 2007 he was diagnosed with diabetes. Since then, he has completely reversed his diabetes and he lost half his bodyweight in the process. These days, he hikes with his dog and plays guitar and bass when he has time. You can read more about his experience with diabetes in his short book, How I lost Half my Bodyweight: And Reversed my Type 2 Diabetes.